"everything is analog, in the end"

I'm a Canadian based in Berlin, Germany. My day job is a Technical Writer in the API space. I write about topics such as technology, usability, creative writing and Canadian history. All views mine. I tweet at @glennjlea. Read more about me here or at LinkedIn.
Site version: 3.0

Did you know technical writing may have had its origin in the ancient city of Babylon! Well, not really! But you never know.

In ancient Babylon, technical writers were a highly skilled professional just as they are today. To be considered a professional, these specialists required many years of training and experience in the many skills associated with producing high quality documentation. They were also a very valuable asset to any ancient organization whether run by a ruthless dictatorial king or managed by a sympathetic local governor.

In those days they were not called technical writers. They we called scribes and were often connected with places of worship due to their connection with the priests who were considered state lawyers.

Key documentation tool - the tablet known as the iClay

Their primary documentation tool was the the clay tablet, or as I like to call it - the iClay™.

These devices were very difficult to use and took years of training to master. It was normally held in the left hand and text was impressed upon its surface with a stylus made of reed. (As a back-story, the stylus itself probably was created by a specialist. They were made from the reeds found in marshes which were sourced from an area in the fertile crescent of Mesopotamia.)

Impressions on the iCLAY™ was always done using the right hand. (Due to this restriction, left-handed scribes were probably kept out of the profession or they needed to learn to use their right hand.)

Writing was done from left to right, column by column. When the bottom of the iCLAY™ was reached, the user simply turned the device over top to bottom and then continued writing on the back side until the tablet was full.

Sometimes, lines were inscribed in the clay to provide a straight line for text. Left and Right margins were sometimes set, but often the text ran hard against the edge of the tablet. The concept of page numbering, table of contents, and index had not been devised so a post tablet often defined the scope and length of a document.

Once the iClay™ was completed, it was put out in the sun to bake, usually for an entire day. Very few tablets were actually kiln baked as it was not thought feasible to do so and dried tablets could last many years in the dry climate of Babylon.

Once baked, the tablet could be used by its intended audience. Storage was a problem as a completed document had some considerable weight. Most often it was stored in a library or simply stacked. This probably created some problems retrieving a document easily and quickly. 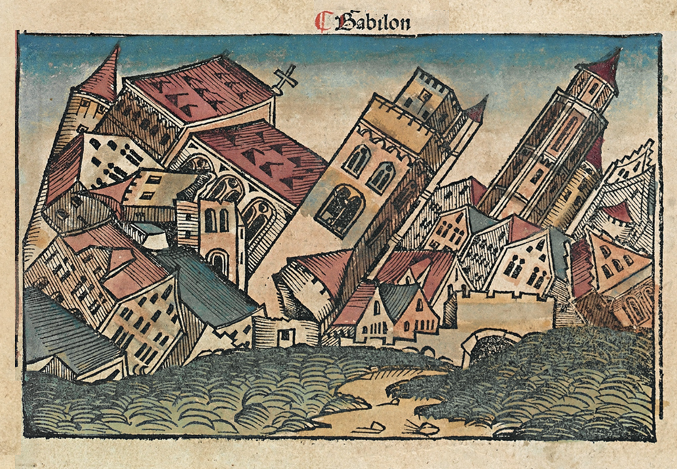 For the court, these ancient technical writers published plans and projects of national scope, as well as proclamations and decrees, sometimes even writing them onto the face of mountains. They also held exclusive rights for the marketing and / or promotion of great national events.

As is well known, thousands of tablets were found in the ruins of great palaces in or around Babylon. These tablets consisted mostly of royal proclamations, statements of praise for the great works the kings, and lofty text describing all the good deeds they achieved for the good of the masses. In the King’s palace, Technical Writers worked mostly as Marcom writers.

For the general public and for commercial use, technical writers produced mundane descriptions of plans and projects, as well as bookkeeping related documents. The technical information documented often was irrigation planning and usage, field and crop management, civil engineering project planning, and accounting information. These technical writers most closely match their modern counterparts with the scope of their material limited only by the scope of the life in these ancient societies.

Technical writing has a long and distinguished history dating back thousands of years to Babylon and perhaps even earlier. Like today, they were highly skilled professionals. They used specialized tools to document a wide range of products and services, both for industry and for government. They were essential for the functioning of these organizations. It is through the work of these professionals that the daily life of these ancient societies has been preserved.

Technical writers are doing the same today. Unfortunately, the technology used today does not have the staying power of the ancient iClay™. Progress is, as always, in the eye of the beholder.